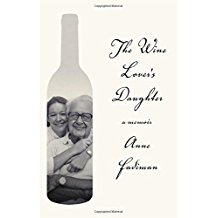 I loved this book! It made me laugh (usually when Fadiman turns from her straight story line to include some asides in parentheses). It made me cry (her Father’s death ). It made me jot down words to look up (clerihews, swivet, noetic….). Anne F, the author of three superb essay collections and an outstanding book about medical and cultural anthropology) turns to her father’s life 16 years after he died at 95 in 2000. Clifton Fadiman was a fascinating and colorful character. A wunderkind at Columbia in the 1920’s, before the age of 30 he was editor-in-chief at Simon & Schuster and the book critic for The New Yorker. By 34 he was the emcee of Information Please, a popular radio show. He was on the editorial board of Encyclopedia Britannica and the Book of the Month Club, a ‘job’ he held into his early 90’s. He published four collections of essays and criticism, four children’s books, four translations, 23 anthologies (his The New Lifetime Reading Plan is sitting on a high shelf to my right as a type this), a high school textbook, a book of anecdotes, and the foreward or afterwords to a hundred books, but he was never able to achieve what he really wanted,to be an English Professor at Columbia. That “Jewish” chair was already occupied by his good friend, Lionel Trilling, so he turned to popularizing knowledge and learning. He described himself as multi-hyphenated, working 16 hours /day, 7 days a week to overcome his feeling of being an outsider, a short Jew from Brooklyn who grew up in poverty and whose parents still spoke with accents from their European beginnings. Anne Fadiman uses all of her prodigious skills as a journalist and essayist to dig up information and present it in a very readable and captivating form. Quotes from T.S. Eliot (These fragments I have shored against my ruins) and Edmund Spencer’s Fairie Queen (Sleep after toil, port after storm) along with Fadiman’s own words enrich the story. Wine is the theme, especially how it enhances and enriches conversation among friend, but a life is the subject. Though Clifton Fadiman was born 40 years before me, many of his inner feelings are familiar to me. At the end of the day for him, life was about finding satisfaction in his family, his friends, his reading, and his wine to replace the professional hopes and aspirations that he never achieved despite his fame and wealth. Highly recommended.

Unpacking my Library: Artists and Their Books, ed. Jo Steffans and Matthias...