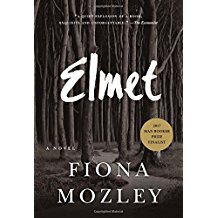 A debut novel and a finalist for the Booker Prize, I had never heard of this book until Shelley Heard, my sister’s college roommate and resident of London, recommended it at least in part because the author is her friend’s daughter. Powerful book which alternates between lyrical passages describing the beauty of nature, family, and independence, and violent and upsetting passages about poverty, unemployment, and family. The central characters are Daniel (who tells the story as the first person narrator), his older sister Cathy, and their Daddy, a big, strong man trying to protect his family and find justice for his neighbors in a tough, poor Yorkshire village. The ending is quite overwhelming and serves as a fitting crown for this unusual and fine first novel.