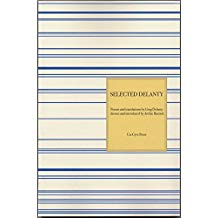 Delanty is a 60 year old Irish-American who has been the poet in residence at St. Michael’s College in Burlington, VT for more than 30 years.  Despite his publishing more than 16 books of poetry and translations, I hadn’t heard of him until this book was listed as a finalist for the Vermont Book Award.  Reading his work made me eager to see more and also to hear him read his work in person.  Born in Cork and spending part of each year in Ireland, I’m sure his heavily accented English would add immeasurably to the poems.  He reminds me most of Herbert Morris, telling stories in blank verse and conjuring up vivid images of nature (especially birds), family, aging, and death.  His mother (dying of cancer in old age) and his father (dying young and suddenly) are prominent subjects as is his father’s work as a typesetter.  One series of poems is all about the ink, the noise, and the skill of setting movable type and where errors end up—-the hellbox.  His poems about his own son’s birth likening the delivery room to a circus and the fetus to an alien in the Milky Way of an ultrasound are wonderful.  Delanty deserves to be more widely read.

Girl Rising: Changing the World One Girl at a Time, Tanya Lee Stone (#2304)