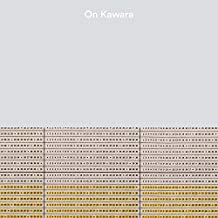 This wonderful book brings together several of my favorite places, people, and ideas.  Kawara, a Japanese born artist who worked in New York City from 1959 until his death in 2014, entered my life  when I happened upon the Guggenheim retrospective exhibition of his work that opened shortly after he died.  His seemingly endless and obsessively detailed explorations of time  and space through his nearly 3000 Date Paintings created over a 48 year period, his hundreds of I Got Up postcards, his telegrams announcing “I Am Still Alive”, his One Million Years volumes, and his One Hundred Year Calendars are beautifully presented in this volume accompanied by two essays.  One is the Talk of the Town column from The New Yorker’s July 26, 1969 issue by E. B. White in which he compiled the observations of several reporters around New York City on the night of Neil Armstrong’s walk on the moon, an event that Kawara was obsessed with.  The other essay is by Lynne Tillman, a contemporary cultural critic and novelist.  Her observations about an artist who never wrote or talked about his work, who labored in private and silence, and who has left a legacy recording time’s endless and relentless passing is worth reading for insights into Kawara’s work.  The book was published in conjunction with the opening of The Pavilions, a new exhibition space at Glenstone, a magnificently landscaped setting in Potomac, Maryland where the Emily and Mitchell Rale share their contemporary art collection with the public.  As they state in the Afterword, “the Pavilions (many devoted to single-artist installations and accompanied by monographic publications such as this volume) is the fullest realization of our mission to integrate art, architecture, and landscape within a single, holistic visitor experience.”  Having visited Glenstone in the past, I am eager to see the new exhibition space, especially Kawara’s Pavilion.  For more information about Kawara and about how his work has inspired me to send more than 1000 postcards to friends over the last three years, go to Postcards at this site.