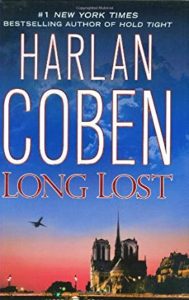 A real page turner, this ninth Myron Bolitar thriller is a bit off the usual Coben playbook.  First, Myron is the almost exclusive focus with only brief appearances by Win (whom I missed), Esperanza, and Big Cyndi. Second, while the tension is at its usual sky-high level, the story struggled for coherence, and as the number of pages in my right hand shrunk to a bare minimum and the story was not yet resolved, I grew more worried. Turns out that the worry was warranted since the ending was so far-fetched on the one hand and so maudlin on the other, that I was ultimately disappointed.  Hours of good, tense drama and some very memorable characters but ultimately not very fulfilling.  His subsequent 2011 and 2016 books were better.

Movement and Meaning: The Landscapes of Hoerr Schaudt, Douglas Brenner (#24...
Scroll to top