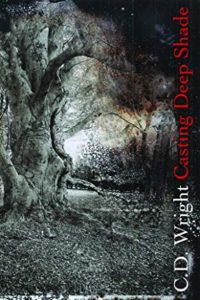 This book will grab book lovers before it’s even opened!  With a stunning photo of a beech tree on its cover and encased in firm cardboard like a boxed set, the presentation is spectacular.  What follows before Chapter 1 are a loving introduction by Ben Lerner and a dedication to the recently deceased American poet, W.S. Merwin and then Wright’s work, and what wonderful work it is.  Who would guess that a 250 page book could be written about nothing but beech trees!  Wright provides us with anecdotes, facts (e.g. humans share 50% of their DNA with beech trees; beeches are the tree most often cited in Danish poetry; redwoods get 1/3 of their water from fog), and a multitude of fascinating characters, places, and thoughts—-all about beeches, trees that she’s noted from her birthplace in Arkansas to her home in Rhode Island where she taught at Brown for over 30 years. Some of my favorite places are mentioned: Mt Hope Farm in RI where my older daughter was married; Mt. Auburn Cemetery where poet Robert Creeley is buried beneath a beech tree; Amherst and Haverford Colleges, the latter having some of the oldest and largest beeches in the U.S. a major accomplishment since many live beyond 200 years. Much honored (a MacArthur awardee, a National Book Critics Circle Award, a National Book Award nominee) and described as ‘belonging to a school of exactly one’ in a New York Times review in 2008, Wright’s work is original, thought-provoking, and often quite beautiful.  I have enjoyed several of her earlier poetry books and was shocked and saddened to read of her dying in her sleep in early 2016 at the age of 67.  This posthumously published volume is a bittersweet way to become acquainted with this wonderful poet.