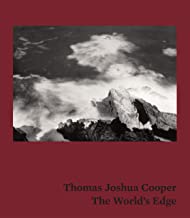 The September 30, 2019 issue of The New Yorker featured an article by Dana Goodyear about Thomas Joshua Cooper.  The man fascinated me and when this book was published shortly after that, I requested it from the Cambridge Public Library.  Several months later it was available, and yesterday, in the midst of our self-isolation with COVID19, I read the book and re-read Goodyear’s article, https://www.newyorker.com/magazine/2019/10/07/a-photographer-at-the-ends-of-the-earth.  Cooper may be among the most fascinating characters I’ve ever come across.  The photographs in this book, the catalogue for a show of Atlas at LACMA which ran through February, 2020, are striking and often beautiful, but they suffer, as much art does, from the small format and limitations of printing in book form.  The man, on the other hand, leaps from the pages of the four essays and the Theodore Roethke poem, The Abyss, which accompany the photographs, and the Goodyear article supplies even more fascinating information.  Cooper, now 73, grew up part Jewish and part Cherokee in California, the Dakotas, and New Mexico and has lived and worked all over the world, settling in Glasgow where he’s the founder of the photography department and professor at the university.  Years ago he became fascinated with early explorers of what he calls ‘the edge’, the land masses that are the boundaries of the Atlantic Ocean from the Arctic to Antarctica, touching on five continents.  The explorers included St. Brendan who left Ireland in the 5th C, Leif Ericsson, exiled to Greenland in the 10th C, Columbus, John Cabot, Magellan and Sir Francis Drake among others.  He embarked on his Atlas project 32 years ago, supported by the Lannan Foundation of Albuquerque.  He often spends hundreds of thousands of dollars to take a few pictures in remote areas where sometimes he’s the first person to see that site and in many places where nobody will ever see it again due to climate change and the rise in sea levels.  He works with an 1893 box camera, schlepping the heavy equipment and tripod to places that most people wouldn’t dream of chancing.  He finds his image, sets the f64 stop, and takes a single black and white photo.  Weeks later he spends 15 hours developing that single photo, not knowing until then whether he has a wonderful image or a waste of time.  What appealed to me about Cooper besides the fact that we’re nearly contemporaries, is that his work is aligned so closely with that of two other English artists, Hamish Fulton and Richard Long, whose work hangs in my home as well as On Kawara, the ultimate artist of time and space who has been the inspiration for my daily postcard practice which is now in its fifth year.  (Full disclose: these connections were pointed out in the essays).  If you are an ardent lover of photography, if you love adventure and daring, if you adore conceptual art, read Goodyear’s article and the essays in this book and then leaf through the extra-ordinary photographs.  It’s an adventure one can take without jeopardy.