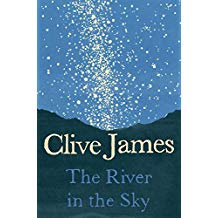 Clive James is an international treasure.  A 79 year old Australian poet, critic, novelist, essayist and lyricist, his works fill the entire spectrum of creative writing.  I’ve read two of his earlier books, essays about literature and poetry, and both were superb. This latest volume is a fine addition to his oeuvre.  James was diagnosed with what was thought to be a rapidly fatal case of leukemia in 2010, but remains alive and well enough to write this remarkable volume of stream of consciousness poetry.  He has referred to this book as a “story of a mind heading into oblivion”, and he has filled it with recollections of his exhaustive travel, his hundreds of relationships with writers, actors, singers, poets, and others, and his love of literature and music. The reader is swept along on this torrent of memory as James inexorably heads towards his exit.  I stopped jotting down wonderful phrases and fascinating allusions around half way through the volume since I would have ended up copying most of the book.  The finitude of life, the depth and breadth but ultimate inadequacy of memory, the richness of experience, and the overarching importance of beauty fill these pages.  The death of his father who survived WWII only to perish on his way home is a recurrent story as is the importance of his daughters and granddaughter.  The lists of references to authors, artists, opera singers, jazz musicians, and friends would fill pages.  These are not a mere exercise in name dropping but tightly connected allusions.  James’ skill and attitude are perhaps best summarized when he says, “If my ashes end up in an hour-glass/I can go on working.”  Beautiful, terribly sad, and also an endorsement of the human spirit.  In his earlier book of literary criticism, James says that the literary critic’s role is “not to say look how much I’ve read, but look at this…it’s wonderful”.  The River in the Sky is wonderful!  If you decide to read it, try to free up at least two two-hour blocks to read through it with minimal interruption.  The book warrants close reading, but the first time through, you should allow James to just carry you along on this roaring river of words, ideas, and allusions.  Surrender and enjoy.