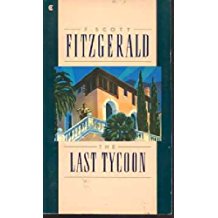 Fitzgerald’s unfinished novel (the supplemental notes contain the famous phrase ‘there are no second acts in America’) is a powerful tale of greed, power, and money in Hollywood, a place that Fitzgerald knew well from his years of screenwriting there.  Monroe Stahr may be FSF’s greatest creation while Morrie Schwartz who commits suicide in the first chapter may be one of FSF’s most anti-Semitic portrayals.  For some reason, Andrew Jackson’s Hermitage makes a cameo appearance.