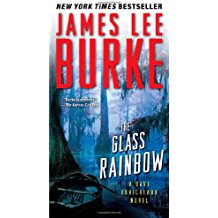 Burke sure can write!!!  A big chunk of a book featuring Dave Robichaux, sheriff detective in New Iberia, LA, and his ex-partner and best friend, Clete Purcel, a PI who drinks, smokes, swears, and eats way too much but is one of the former NOPD Bobsey Twins.  They are deeply involved in a very weird caper in neighboring St. Mary Parish, the generational home of the Abelards, with the grandfather, Timothy, his mulatto daughter and caretaker Jewel, and grandson Kermit. The latter is involved with Robert Weingart, a sociopath and long time prison inmate who has had plastic surgery and has written a best seller. Also involved is Leyton Blanchette and his lesbian, psychopathic wife Carolyn.  Throw in a bisexual, alcoholic deputy sheriff, a lesbian Sheriff, Dave’s wife Molly and adopted daughter Alifair, some black ops guys, a gunbull murdering Mississippi prison farm cop, and you have all the mixings of a wild ride.  Do Robichaux and Purcel, shot in the final pages of the book get on the riverboat of the dead, or do they survive to return in another book.   I’ll have to check the library.

A Farwell to Arms, Ernest Hemingway (#1863)
Scroll to top