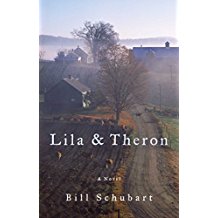 This slim novel’s first sentence describes the birth of Theron (We never do learn his last name.) in 1894 and the final sentence tells of his death 94 years later.  In the middle are subtle, simple, brief descriptions of his life on a hard scrabble, backwoods Vermont farm in Elmore.  He’s raised by a foster family after his mother dies in childbirth and his father turns to drink.  He returns to his silent, often drunk, and still grieving father at age six and lives there until his father dies in 1904.  Theron marries his childhood sweetheart and they live, farm, work, and are each other’s lives for the next 71 years.  Nothing much happens, and it’s heartbreakingly tender and sad.  The book reminded me of Tinkers which won the Pulitzer several years back—short sentences without a lot of fancy modifiers about a simple, stark, surviving life.  I cried like a baby all through the final chapter.