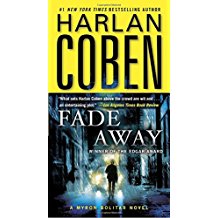 Myron Bolitar and Winthrop Horne Lockwood III are off on another adventure, though this one appears to be even more silly and far-fetched than the prior two that I’ve read and may be the end of the series for me despite my having bought four additional series books at a used book store in NH.  Bolitar is hired by Clip Arnstein, owner of the New Jersey Dragons of the NBA to find his star player, Greg Downing, who has disappeared.  Myron signs on to the detection business as well as suiting up for the Dragons, his first NBA game since his knee was destroyed in a pre-season exhibition game after being drafted 8th as an All American guard out of Duke.  By the end of the book, several people are dead (although embarrassingly, I can’t recall who the murderer was and it’s only been 12 hours since I finished the book!!!!) and Myron has once again saved the day.  Oh yes, it was Audrey, but don’t worry about who she was.  It’s all way too silly to bother about, though a good distraction on a rainy summer day.

Thoreau and the Language of Trees, Richard Higgins (#2161)