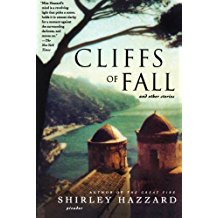 Ten short stories, nine of which were originally published in the New Yorker (William Maxwell was her editor.) dealing with love, marriage, affairs, and the complex relationships between men and women.  The final story, The Worst Part of the Day was most effective with its three couples none of whom are particularly in love.  Hazzard has a great ear for the relationship within a marriage, but her writing in the ‘60’s was nowhere near as effective as her novel from 2003.

This Long Pursuit: Reflections of a Romantic Biographer, Richard Holmes (#2...
Scroll to top