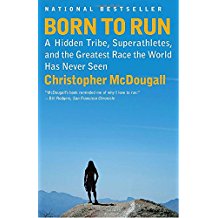 Science, history, nutrition, running,  weird and sympathetic characters, and a terrific climactic race to conclude this book about running and the Tuahumara Indians of Mexico’s Copper Canyon.  Caballo Blanco, the White Ghost, is the leading character in this story which shows that Homo sapiens is a ‘running animal’ fitted by evolution to hunt and survive by running.  Sadly, Marcus True, the White Ghost, died while on a run in the Gila Wilderness in 2012.

The Power of Trees, Gretchen Daily and Charles Katz (#1565)