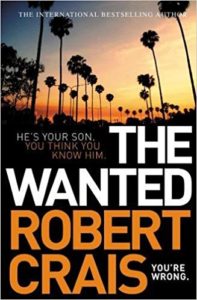 Crais is up to his usual outstanding work with Elvis Cole, ‘the greatest detective in the world’, and his sidekick, the silent, sun-glassed, tattoed, and deadly Joe Pike.  Cole becomes involved in a complicated story of home burglaries by three teens who inadvertently steal a laptop containing a deadly secret.  After the two intellectual but deadly killers who are looking for the lap top have killed several individuals, including one of the teens, Cole and Pike end up in a shoot-out with the bad guys—good news is that the good guys won again.  Seems like everyone’s detective series is getting more and more violent, but Crais is good.