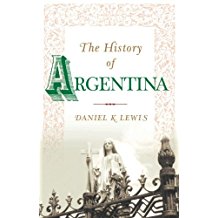 What a fascinating and troubling history this nation has had.  First visited by the Spanish in 1516 and then settled at Buenos Aires in 1536 by Pedro Mendoza, the colonial period was one of wealthy development of the coast and internal cities (e.g. Mendoza in 1561) fueled by silver exports with establishment of the viceroyalty of Rio Plata in 1776.  With Spain’s fall to Napoleon, Argentina achieved independence in 1810 but went through a 50 year history of instability before a Federal government and constitution were established.  The Golden Age of prosperity, immigration, and growth stretched from 1880-1910 when WWI, drought, and credit issues led to economic problems which led to a series of military coups beginning in 1930.  Unstable civilian governments beset by unions and the military failed over and over again until Juan Domingo Peron was elected president in 1946.  Peronism was built on support for labor unions, welfare for the poor, nationalization and state support for industry, women’s suffrage, military support.  He was re-elected in 1952 but Evita died that year, inflation surged, and a coup overthrew him in 1955.  Chaos reigned, and Peron returned as elected president in 1973 but died a year later at age 79 succeeded by Isabel. The military returned in 1976 and carried out war on the unions, universities, liberals, communists, etc (the 30,000 disappeareds) until the failure of the Falklands War in 1982.  Elected governments have now peacefully succeeded each other since with Alfonsin, Menem, and Kirchner (Nestor and his wife) through 2016 but two major recessions, devaluations, inflation, and unemployment, and foreign debt default continue to handicap the country.  A very sobering lesson in how violent splits in the polity between left and right, political polarization and paralysis, and totalitarian leaders can ruin a country.  Beware the Trumpistas!

The Night of the Iguana, Tennessee Williams (#2113)