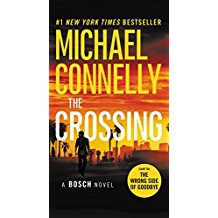 Harry Bosch returns, forcibly retired from the LAPD and ‘crossing’ over to the defense side of the equation to help his step-brother, Mickey Haller exonerate Da’Quan Foster, a former gang-banger who has been framed for the murder of a prominent woman in Beverly Hills.  Bosch uses all his wiles to find the gaps in the story and connect the woman’s murder to the murder of a transvestite prostitute, a very expensive watch, and a couple of dirty cops named Ellis and Long who have set up the whole mess.  Eight dead people later, including Ellis, Bosch emerges triumphant.  In contrast to the last Child book which was just plain bad, Connelly’s fast paced and well written book is a smashing success.  Can’t wait to meet Harry again.