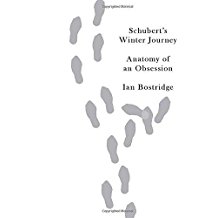 This is a most unusual book which I read in a most unusual manner.  Bostridge, a British tenor of worldwide reputation, has written 24 essays, one for each of the 24 poems in William Muller’s work which Schubert put to music as Winterreise in 1828.  I combined reading each of these essays with listening to Bostridge sing the song cycle accompanied by Julian Drake ( https://www.youtube.com/watch?v=wqmz4gE15cU) in a long and somewhat difficult process which went on over weeks.  The performance is magnificent, and the book is an incredible achievement.  There’s way too much musical theory and detailed description of Schubert’s artistry for the non-musician, but Bostridge always accompanies those segments with a fascinating apercu or elision to a completely surprising exposition of physics, poetry, painting, history, politics, and the like.  Keats, Coleridge, James Fenimore Cooper, Caspar David Friedrich, Durer, LaPlace, Napoleon and the Congress of Vienna, Newton’s optics (parahelion), Charlotte Bronte, and even Wilson Bentley the Snowflake maven of Jefferson, VT make an appearance as Bostridge interprets Schubert in the context of his time (post-Congress of Vienna and pre-1848 revolutionary times).  This is a rich and complex book which deserves time, study, and patience.  Listening to Winterreise’s solemn and sad music is worth the trip.