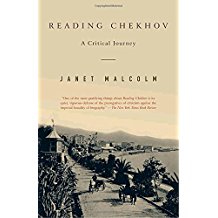 One of my favorite essayists makes a journey to Russia to visit Moscow, St. Petersburg, and the Crimea to see where Chekhov lived, wrote, and set many of his stories.  Dealing with the unpredictability and Cold War remnants of the USSR, Malcolm intersperses her interpretations of Chekhov’s great skills with observations on the modern Russian culture and situation.  Chekhov’s ‘preoccupation with the human condition’ and the inevitable sadness and tragedy that is everyone’s portion is evident in his characters, drawn with broad strokes and minimal detail but provided with rich lives and actions.  Malcolm refers to Chekhov as the ‘poet of the provisional and fragmentary’ who is ‘afraid for all men’ and who demonstrates great authorial reticence and tact in dealing with his characters.  Weak men who find strength and harsh women predominate.  Malcolm scores again as she has in so many different authorial settings.