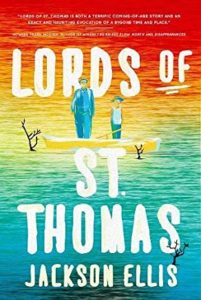 This is the first novel by this young, Vermont author and it was honored with the first Howard Frank Mosher Prize awarded by the Green Writers Press to a first novel or short story collection by a Vermont author which shares the values of Mosher, a much loved Vermont writer who died in 2017.  It’s the story of the Lord family—-grandfather, son and his wife, and grandson, Henry—- who have lived in St. Thomas, Nevada since 1869.  When Calvin Coolidge signs the bill that creates the dam that results in Lake Mead in 1928, St. Thomas is condemned to be inundated.  While his neighbors sell their land, homes, and businesses to the Government, Grandfather Lord refuses to abandon his ancestral home and yields only when the flood waters reach his living room.  In the meantime, the town empties out and young Henry’s father and mother die in flood related incidents.  The gripping story is well told in retrospect by a 76 year old Henry who reads in a Las Vegas newspaper that the drought has caused Lake Mead to retreat exposing his old home.  I read this novel in a single sitting which indicates that it’s a fine, page turner.  Good summer read.