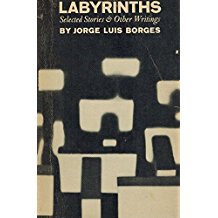 Borges is to Argentina what Nabokov is to the U.S./Russia—an incredibly talented and twisted wordsmith whose fabulist fiction never fails to delight.  My favorites among this collection are Tlon, Uqbar, Orbis Tertius and the Library of Babel. The former is introduced by the discrepancy between a volume of the Anglo-American Cyclopedia’s 46th Volume (New York 1917) in which one friend’s version ends with four pages of an article on the eponymous city, country, and planet.  Borges develops an entire universe of characters, gods, and phenomena unique to those locations which are only present in this one volume of one man’s collection.  The second story describes the infinitely large Library in which every volume in every language with every word is contained on shelves of a certain dimension in hexagonal levels linked by staircases and each containing their own librarian.  Almost every story refers to the Borgesian labyrinth, an expression of man’s wandering and lostness in this unknowable and unverifiable world.  Borges was alternately honored and shunned in his native Buenos Aires as the inept and corrupt military and civilian governments rose and fell.  He spent many years as the head of the National Library, and like Nabokov who was also born in 1899, Borges died in Switzerland, blind and in exile.

The Night of the Iguana, Tennessee Williams (#2113)
Scroll to top