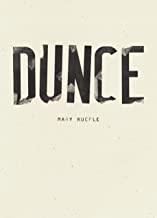 I have always liked Ruefle’s work very much, especially her book of essays and her erasure poetry in which she blacks out parts of pages from old books to create poems from the remaining words and sentences.  In addition, she lives in Bennington, VT and is currently the Vermont poet laureate.  All of which led me to open this book with high anticipation, but sadly, I must report that I was disappointed. The poems were largely beyond my ability to figure out what she was trying to tell me.  If I took the time to read a poem several times, however, I was able to catch her clever allusions, word play, and irony, humor, and depth.  Though I found about 90% of the book unintelligible, there were some beauties buried here and there among the 60+ poems.  My favorite was a sad poem about the death of one member of an elderly couple—not an upper, but beautifully wrought.  Interlude for a Solitary Flute:  What is the age of the couple/of whom there is only one left?/She spoke only a little French,/he spoke a lot./She was very fond of fruit/and at it every day./He liked meat/and that was that./They both loved/that famous line of/Chinese poetry./The ambulance stopped/at the wrong house,/losing time./Here is their house/surrounded by violet clover/and flashing lights./Who is that weeping,/which one is that,/husband or wife?/Such a high solitary,/silver note…..”  Ruefle is worth reading despite the overall obtuseness of this book or of me.