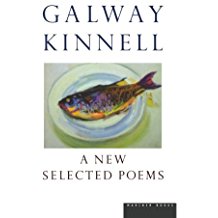 Kinnell, a MacArthur Award winner and former poet laureate of Vermont, died in October, 2014, and I re-read this volume as a tribute to this wonderful writer.  With selections from his books dating as far back as 1960 and as recent as 2000, Kinnell demonstrates his skill with words, phrasing, and images.  Focused on his family, his poems about his children’s births and childhoods are among the most beautiful.  He writes about Vermont’s nature and New York City’s urban rush and crowding with equal skill.  A poet to be treasured and returned to year after year.

Mapping it Out: An Alternative Atlas of Contemporary Cartographies, ed. Hans...